It began in 1984. A then 21-year-old Michael Jordan had just been drafted to play at the professional level and it was clear he was going to revolutionize the game of basketball. At that time, Nike decided it was only appropriate that he also revolutionize the performance footwear game – and he did exactly that when he debuted the very first Air Jordan in his rookie season.

The Air Jordan I became the most talked about shoe of all time, as it broke the mold of a traditional all-white basketball sneaker. The iconic black, red and white silhouette opened the door to the future of a legacy brand.

The first two models of the signature shoe featured the “Wings logo” and coined the term “Air Jordan”. In 1985, the Nike design created the Jumpman logo and often used in conjunction with Nike branding. The Air Jordan III, released in 1988, was the first model of the signature shoe to feature the new logo on the tongue, and it has appeared on every model since.

Once associated strictly with on-court footwear, the original Jumpman logo has remained the same since its creation, and continues to be featured on all Jordan Brand products, including footwear, apparel and accessories. 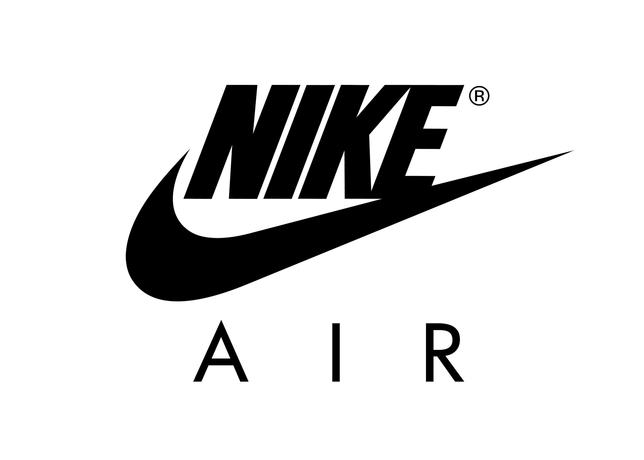 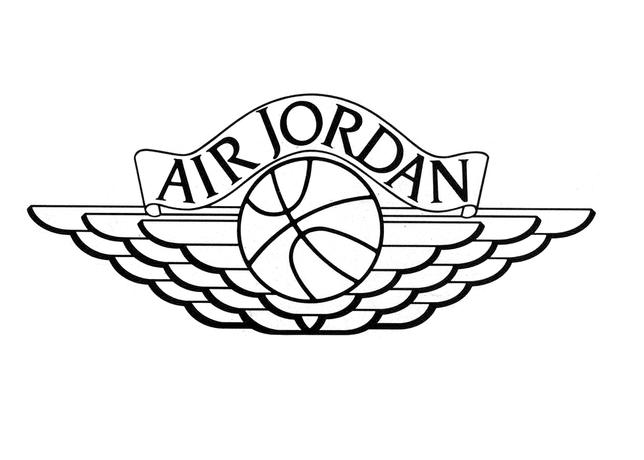 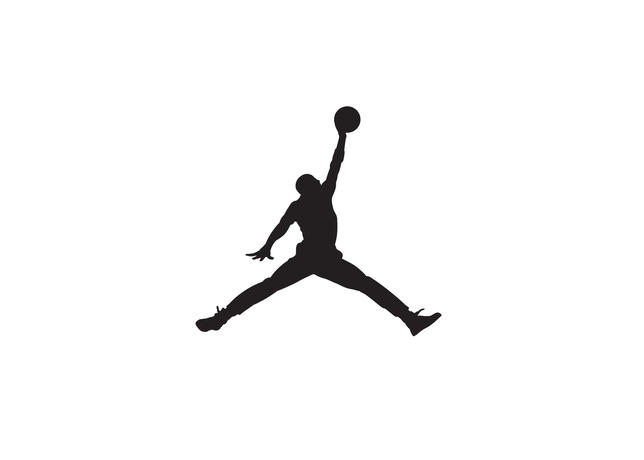 With its deep roots in basketball, the Jordan Brand began as a testimonial to one player, Michael Jordan. Throughout Jordan’s storied career, Nike designers annually delivered the year’s most innovative and most coveted basketball shoe. After 11 successful iterations of the Air Jordan, Jordan Brand experienced an historic shift, becoming its own company, and debuting as a wholly-owned subsidiary of Nike in 1997.

In 1999, Jordan Brand began to expand its product catalog beyond on-court basketball footwear and apparel when it announced the endorsements of the first non-basketball athletes – baseball superstar Derek Jeter, world-renowned light heavyweight boxer Roy Jones, Jr., and football sensation Randy Moss. Instantly, it became apparent to consumers that the image of excellence associated with the brand was now transcending across all sports. Regardless of which sport they play, Jordan Brand’s family of athletes has always embodied a unique blend of strong character and competitive spirit.

In the years that followed, Jordan Brand has continued to grow its talented roster of athletes, including the first female family member with world-record holding Paralympic sprinter April Holmes.  Holmes, like all athlete-endorsers in the Jordan Brand family, exemplifies the spirit of a champion – through hard work, dedication and an unyielding spirit to attain sports greatness.

MOVING BEYOND THE BASKETBALL COURT

By constantly setting the bar for industry-leading technology, Jordan Brand continues its expansion to meet the needs of its family of athletes and consumers.  Innovations including the unrivaled FlightPlate technology, a moderator plate that maximizes the responsiveness of the Nike Zoom units, as well as the recent debut of performance woven, present the latest chapter in the storied history of a brand known for constantly challenging the status quo.

The Jordan Brand stays laser focused on its mission: to help athletes fly on and off the court. This means bringing the same level of creativity, innovation and audacious design to off-court footwear and apparel that it always has to products designed for the hardwood. The product evolution is inspired by a family of athletes that fully trust in the brand’s ability to create designs with a purpose – visually stimulating products that deliver unparalleled performance technology.

“The Jordan Brand has always been associated with greatness and we are proud to be able to continue to partner with some of the best athletes in the world,” said Jordan Brand president Larry Miller. “These athletes have driven us to evolve from core basketball focus to a truly diverse brand that delivers premium solutions for all athletic pursuits. We heard directly from athletes at all levels; to be the best on the court we need to help them be the best off the court. From that inspiration, we continue to launch new innovation products like the Flight Runner and the Flight Flex Trainer.” 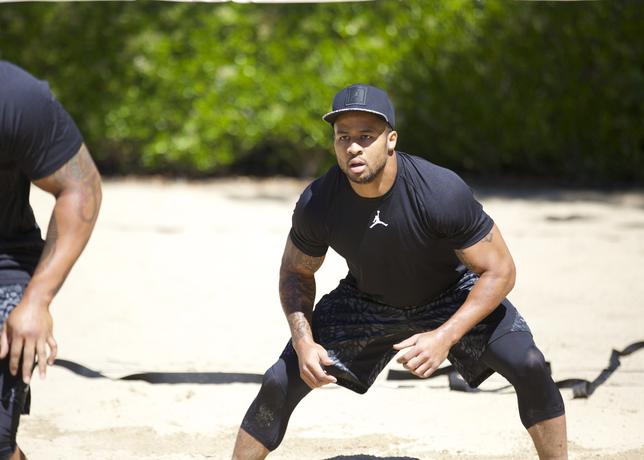 Football athletes continue to proudly wear the Jumpman when conditioning in the off-season.

Recently, the brand has outfitted some of the greatest athletes across a variety of sports platforms. Products like track spikes, baseball and golf cleats have shown up on the feet of some of the sports-world elite athletes, and football cleats continue to have a presence at retail.

“When people think about Jordan Brand, it triggers the word ‘elite’”, said Jordan Brand’s resident undefeated middleweight Andre Ward. “When I’m at the gym preparing for my next fight, I look to my gear and that motivates me. Seeing the Jumpman, I know that if I want to be the greatest, I need to stay committed.”

The stylish brand has been a staple in the sports and entertainment world for years, and is a conversation leader with innovation in both design and utility.  As the brand continues to grow, the requirements never change. The logo has long-since surpassed being about a basketball player and moved into an icon – one that challenges you to out-work and out-perform your peers.